Semester two of the academic year has officially begun! Faculty and staff of the university attended this semester’s Opening Session on Wednesday, January 7 during the first week back. New employees were introduced followed by the presentation of the UC Heisman and UC Shell awards.

Members of the cabinet presented status updates on the five goals for the institution which were stated at the beginning of the academic year. Following the overview of goals, Dr. Barnette took the stage to discuss the growing success of UC’s Leadership programs. The Opening Session concluded with a lesson in teamwork by Dr. Welch. He reiterated an excerpt from the book The Boys in the Boat, which taught readers a lesson in excellence through teamwork. 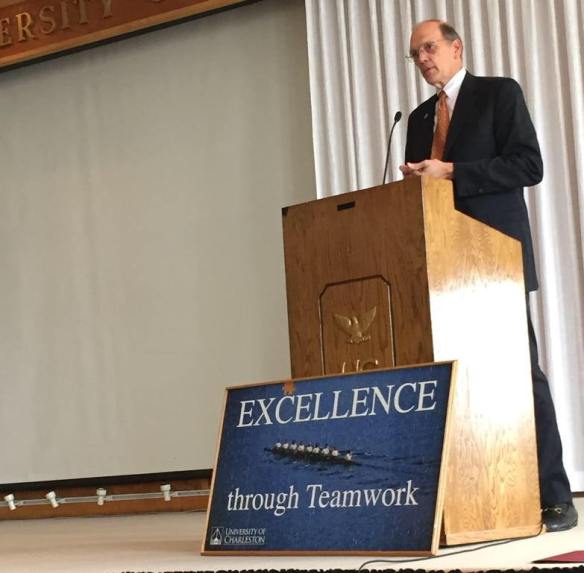 Orientation for new students was held during the second weekend of January. Faculty and staff put in extra time and effort to help new students check-in and be set up with all the resources they need for the semester ahead. Pictured below are new students going through the check-in process: 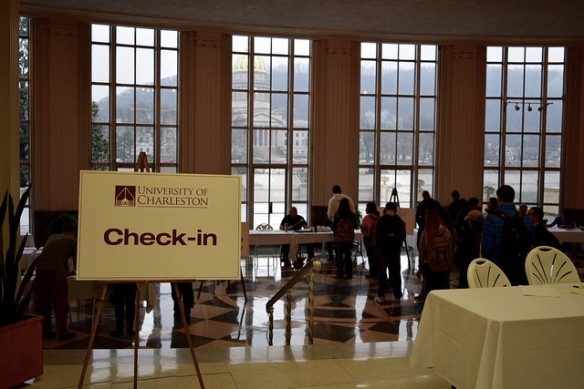 To welcome all students back to campus, Student Activities Board kicked off the week with “Welcome Back Bingo” in the Food Court. The crowd was large and lively, most likely due to the abundance of prizes that were available. Prizes ranged from laundry detergent and snacks, to fit bits and Apple TVs.

Dr. Bren Stevens announced the hiring of Michael Crane as the brand new Men’s Volleyball coach on January 9. Crane has previous experience as both a collegiate player and coach. This is the first time in UC history that there has been a Men’s Volleyball team, which also happens to be the only one of its kind in the state of West Virginia. For more details on the team click here.

Oliver Luck, NCAA Executive Vice President and former WVU Director of Athletics, was the featured guest and keynote speaker during the University of Charleston Athletic Department Annual Dinner. The event took place the evening of January 20 with a reception in the Rotunda followed by a sit-down dinner in the Ballroom. All proceeds went toward the University of Charleston Athletic Network (UCAN) in support of UC student-athletes and the athletic program. 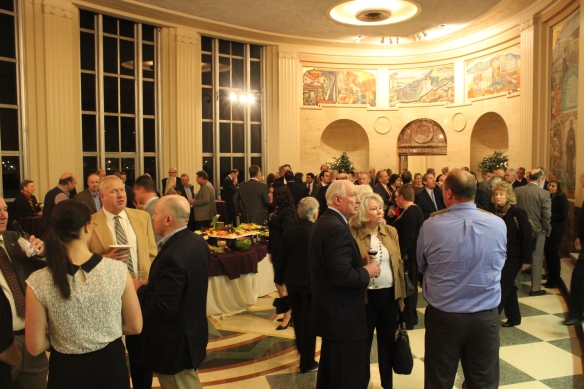 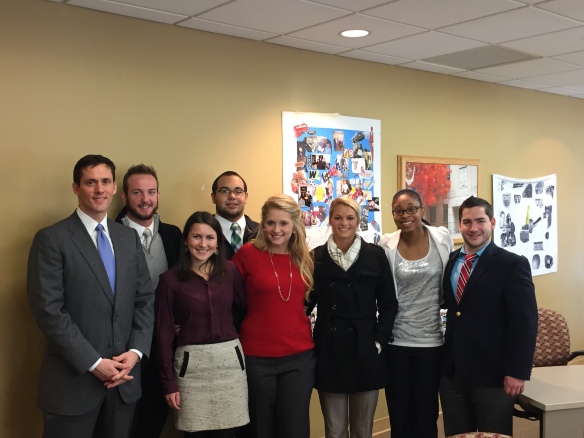 While most students, faculty and staff were enjoying their time off during the holidays, this group of students spent their time showing their passion and dedication to learning.  They were assigned to read a total of four books over the holiday break, followed by completing certificate testing of two of those books in addition to a comprehensive exam on the others. This work was completed in addition to working on a major project for local organization, the Greenbrier Pool, on customer satisfaction. Upon their return from break, the group presented their results to the board who in turn was very impressed. Despite the heavy workload, LeAnne played and Tianni assistant coached for Women’s Basketball; James and Landon left late and returned early from break to fulfill their Residence Life duties; and Andrea contributed all of her hard work while being at home with her family in Romania. “This is a dedicated, talented and motivated group of bright young future leaders.  They know that work doesn’t end just because the semester is over.” – David Luechauer, MBAL Program Coordinator

Honorable Mention: International student Iago Ghedin was recently featured on Brazlian talk show, Tempo Real with host Léo Ladeia. Ghedin talked about what it’s like to study in the U.S. as well as the admissions process. Photos from the show: 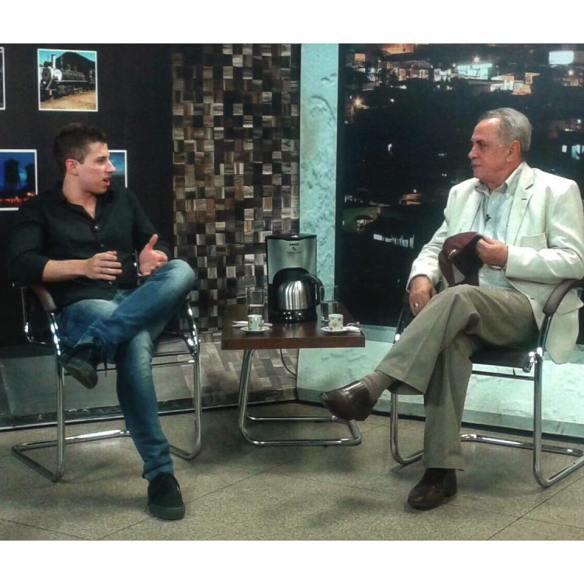 This issue of The Talon was prepared by Lauren Townsend of the Communications Department. For all inquiries or future submissions, please email laurentownsend@ucwv.edu.